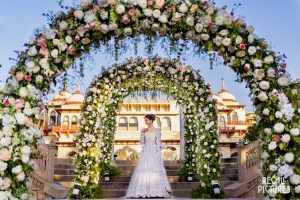 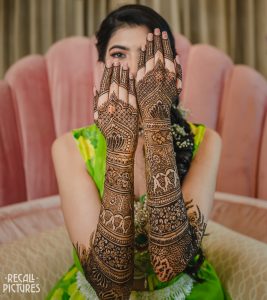 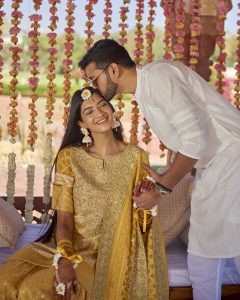 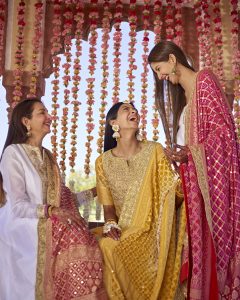 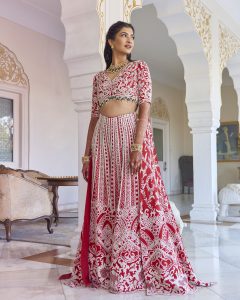 The Haldi, Mehndi and Nikaah outfits were designed by renowned designer and sister of the bride, Ohaila Khan who has looked after Hanna as a muse to the brand. Hanna stuck to traditional theme of wearing yellow for her Haldi and a red outfit for the mehndi that usually is considered as an offbeat colour for the mehndi. Ohaila designed the outfits carefully keeping in mind Hanna’s preferences and taste ditching the similar looks and going for a unconventional bridal look that is closer to Hanna’s liking. Embroideries on each outfit were taken upto thousands of hours of work and details were given outmost importance. The nikaah was a pastel themed event that had Hanna adorn an ivory ensemble that was heavily embroidered with a veil to follow a traditional essence. 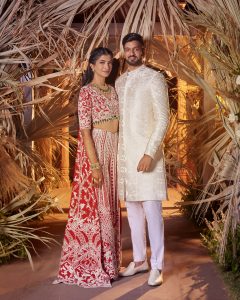 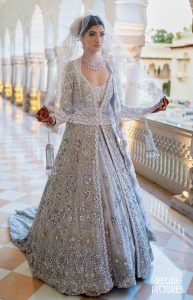 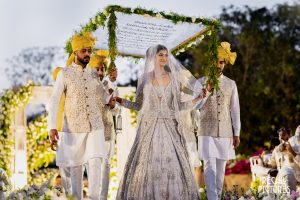 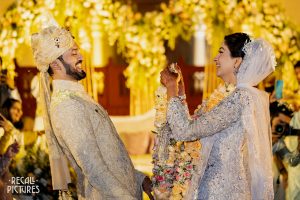 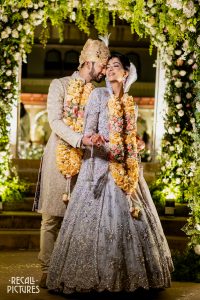 The bride’s reception gown – a one of a kind Elie Saab was curated specially for Hanna with love and devotion by Mr Elie Saab.The process was extremely personalized and took thousands of hours of embroidery work which led to a stunning outfit weighing approximately 30kgs making Hanna the first Indian bride outfitted by the famed designer. Hanna met Mr.Saab back in 2019, when she attended the wedding of Elie Saab Jr. She was given private access to the floor at Elie Saab headquarters in Beirut where she was shown private bridal samples and collections that haven’t been shown or revealed to anybody else uptil date. The appointments usually are only for private personnels or clients namely royalty, and with the relation Hanna and her family she’s with the family, this dream became a reality. The sketch was created after a lot of back n forth and zoom meetings due to the pandemic but at last the one of a kind Elie Saab Haute Couture gown was created and it’s simple magnificent and gratifying. The larger than life gown bedecked with Swarovski crystals was topped with a veil that was 8 meters long. 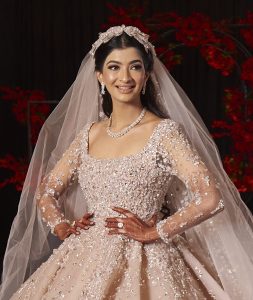 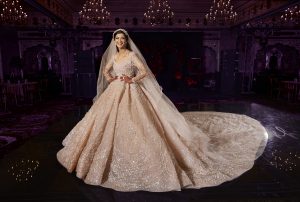 The guest list included friends and family of the Khan family from across and other notable guests like Tamannaah Bhatia who is a close friend to Hanna and Ohaila. Sohail Khan was present at the events himself and Salman Khan called the bride and groom to congratulate them through FaceTime as he couldn’t make it in time.

Over the next one month (1st May - 31st May), we pledge to donate 100% of our profits to organisations working for Covid Relief in India.

Let’s make a difference when our community needs us most. Help us raise funds by buying any product.

Your purchase will also help many artisans, who have hand made most of the products available on the website.